Various recent reports by an anonymous investigator – containing a stream of damning information about the directors and senior management of JSE-listed Resilient group – have been circulating recently among property brokers and institutional investors. Noseweek has copies and has begun checking the information in them. All of it, so far, has proved correct – plus some!

We would presume that by now the financial institutions, who have invested billions of their shareholders’ and clients’ money in Resilient property funds, would have done the same – and found the same.

If so, they have chosen to say, or do, nothing about it. Which, once again, leaves it to Noseweek to provide you with further proof that some of the group’s most senior directors (and a shady “ghost” partner) have for years conducted the business of Resilient in a manner best suited to advancing their own crooked purposes and profits.

In the past month, further evidence has come to hand which proves the long-standing and extremely sinister relationship between certain directors of Resilient Property Fund Ltd and Roque Hafner, a ruthless fraudster who, 20 years ago, saw mostly elderly investors taken for mega-millions in another property investment firm, Supreme Holdings.

In the Master of the High Court’s trust records in Pretoria, we find that R A Hafner (our Roque) and Barry Stuhler were appointed trustees of Des de Beer’s family trust, the Suni Trust, way back in 1994. Des is, of course, the founder MD of Resilient and a director of various other companies in the group, including Pangbourne Properties Ltd and Property Fund Managers Ltd, the management company of Capital Property Fund and of New Europe Property Investments plc. Barry, too, is a founder director of Resilient and a director of Pangbourne.

At last we have documentary proof that the three were already close friends at the time of the Supreme Holdings scandal. (In 1993 Supreme went into liquidation and Hafner was arrested because of his fraudulent activities.) The timing suggests De Beer’s trust could even have been a useful place to hide Hafner’s assets from Supreme’s liquidators. (According to 2008 records, the Suni Trust by then owned 1,725,000 Resilient shares, worth about R35 million.) To seal their cosy relationship,  in February 2000, Hafner and De Beer were in turn appointed trustees of Stuhler’s family trust.

In nose136 we revealed that, some time prior to June 2008, Resilient had made an unsecured, “soft” loan to a private company called Amber Peek Investments, of which the ever-present Roque Hafner was then the sole director – and that Amber had used the money to furiously buy and sell (churn) Resilient shares, most likely in a bid to influence their price on the JSE. (Resilient’s MD, De Beer, had himself been a director of Amber, and resigned to be replaced by Hafner.)

Amber Peek, it seems, played more than a passing role in the overall crooked scheme of things: also in June 2008, Diversified Property Fund Ltd (headed by Andries de Lange who happened also to be one of the founder directors of Resilient) announced it had sold its entire shareholding in Resilient – to Amber Peek for R181m.

(Mysteriously, the announcement claimed that the disposal would “enhance the company’s empowerment credentials by ultimately increasing black ownership”.)

In the same week, Resilient announced that it had acquired 100% of the shares of Diversified Property Fund. What’s up, Doc?

There are numerous further examples of their devious dealing: in May 2007 a company called Madison Park Properties 58 (Pty) Ltd acquired a portfolio of 53 properties from Pangbourne – another company that, at the time, was on the point of being taken over by Resilient – for the bargain price of R80.6m. How do we know Madison got a bargain? Because in October 2009 Madison Park sold the same properties to the Fortress Income Fund for R128.1m. At the time Fortress was being listed on the JSE as a member of the Resilient group and its directors included Resilient stalwarts De Beer and Stuhler.

In effect, properties due to be taken over by Resilient were taken out in a hasty intervention for R80.6m, only to be put back in for R128.1m. Institutional investors in Fortress at the time of the listing would have funded the difference.

So why would Pangbourne have sold these properties for so little, if they were worth so much? And who was clever enough to see the potential – and collect a profit of R47.5m? In short, who is behind Madison Park Properties 58?

Madison Park’s sole director at the time was Mark Walter Stevens. Mr Stevens had been employed by Old Mutual as a property broker for 10 years, and then by Imperial Properties for three. He has since become MD of Fortress. Could he be the talented property speculator?

It takes a closer look at Madison Park’s share register to see through that one. There we find that Stevens’s trust, MWS Trust, held just 35% of its shares. The majority 65% belonged to a company quaintly named Sweet Sensations 70. The true stakeholders in Sweet Sensations, now more thinly disguised, emerged within days of the profit being realised, to claim transfer of their share – 11 of them, every single one a director of one or other entity in the Resilient group. Some examples: Blue Dot Properties 456 (belonging to Barry Stuhler), Nano Trust (beneficiary: A de Lange, financial director of Resilient), Kibera Investments (belonging to J Kriek, executive director of Resilient), Dyjaju Trust (beneficiary: D Lewis, executive director Resilient), Silver Blade Investments (belonging to J van Wyk, financial director of Pangbourne), Poppy Ice Trading 2 (controlled by Hafner and, as likely, D de Beer).

And you thought at least some of them were clean!

To quote the anonymous author of the report on Resilient’s wrongdoings: “Having had an opportunity, through Madison, to look through the sprawling Pangbourne industrial porfolio, and having found it ‘dripping with fat’ (to quote De Beer), it seems that the Resilient team resolved to extract the ‘fat’ from Pangbourne for themselves – and used Mr Stevens as their front man for this purpose.”

Subsequent to Resilient taking control of Pangbourne, two other small companies, of which Stevens was the sole director, contrived to acquire more, equally desirable, properties from Pangbourne’s portfolio, once again at bargain-basement prices. (Note: within the space of 12 months he was able to muster the resources to spend R330m on property. Where had he, a salaried employee with a “thin” asset base, got the money? Well, for a start, he was somehow able to raise a R285m loan from Investec. Observes our anonymous investigator: “There can be no doubt that Mr Stevens had the support of some undisclosed private balance sheets to secure these funding arrangements.”  Whose? 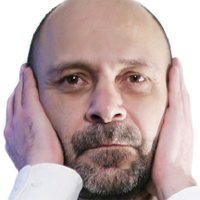 Readers have asked why we dealt so cursorily with  the report  by Resilient’s attorneys, Fluxmans, which, it is said by Resilient spokespersons, exonerates Resilient’s directors of any and all wrongdoing, particularly of the kind described in our last issue. The reason is simple: nobody Noseweek knows has been allowed sight of the report. Leaving aside the fact that Fluxmans can hardly be considered independent, their report is the lynch-pin of Resilient’s and De Beer’s defence, the single forensic report that evidently counters every single piece of evidence and comprehensively exonerates De Beer and the Resilient group management.

Is it because the Fluxmans report will not stand up to scrutiny? For De Beer, the only thing that could be worse than a defence kept secret is a defence that fails. Could it be that, given its terms of reference, the methodology used, and the extreme time limitations imposed by Resilient for the investigation to be completed (+-10 days), it will be easy to demonstrate that the Fluxmans report does not clear De Beer and his group at all, but on the contrary, shows that the allegations against him have never been independently investigated according to accepted forensic practice?

The test, of course, is simple: De Beer must publish the report, including its Terms of Reference. If he does not, you have your answer.

The biggest shareholders in Resilient Property Income Fund Ltd are major financial institutions: Stanlib holds over 18%, Old Mutual over 12% and Investec nearly 10%. (Investec is also a major shareholder – together with De Beer, Hafner and Stuhler – in Diversified Property Fund Ltd which has cross shareholdings in Resilient. (Are we surprised?) All of which raises a number of questions:

Why have Stanlib, Old Mutual and Investec not reacted to the latest disclosures about the Resilient group of companies in which they have invested billions on behalf of clients and shareholders?

Do they perhaps reckon that if they say and do nothing, their clients are less likely to hear about it? That their clients, gullible fools, can so easily be made to believe that the poor performance of their annuities and pension funds is due to “continuing recessionary conditions”, global warming, the rand-dollar exchange rate and the rising cost of baked beans?

Anything, anything but rampant dishonesty in the financial sector!